The flag of Panama

From Wikipedia: The flag of Panama was made by Maria Ossa de Amador. It has been officially adopted by the “ley 48 de 1925”; the flag is celebrated on November 4, one day after Panamanian independence from Colombia. The stars and quarters are said to stand for the rival political parties, and the white for the peace in which they operate. Blue was the color of the Conservatives, and red the color of the Liberals.

The current Panamanian flag was made by Maria Ossa de Amador on November 1, 1903. The son of Manuel Amador Guerrero, generally recognized as a skillful drawer, sketched the flag and showed it to Maria Ossa de Amador, who, after much difficulty in avoiding the Colombian army, eventually produced three copies of the flag, which were all eventually flown in Panama City upon independence, and distributed widely. 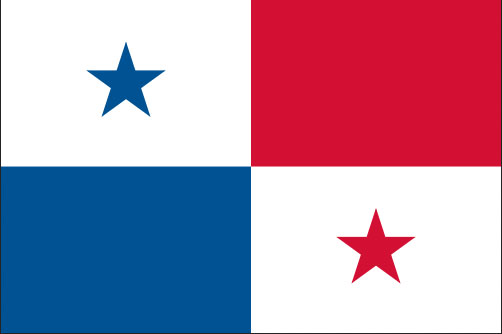 The flag of Panama