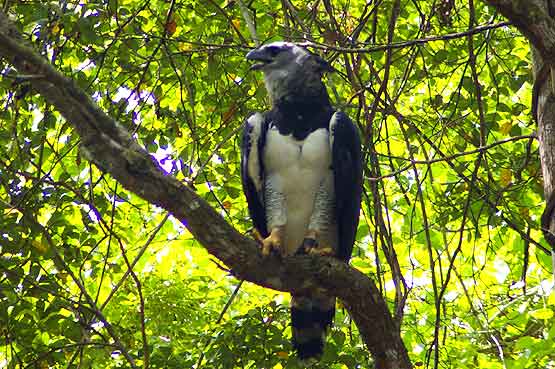 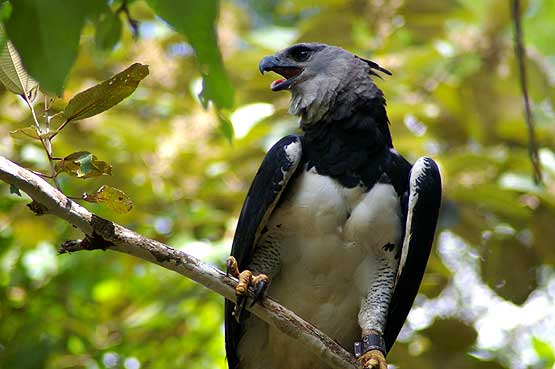 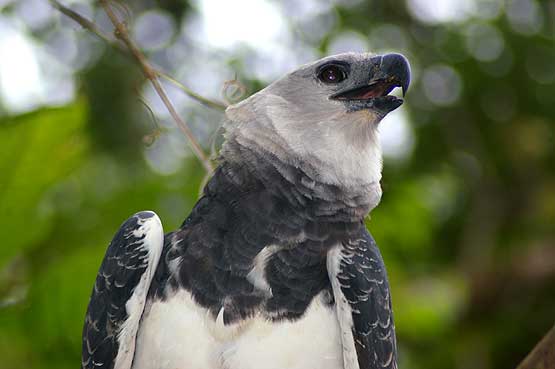 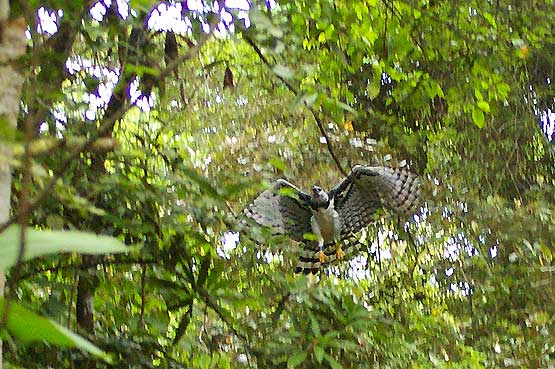 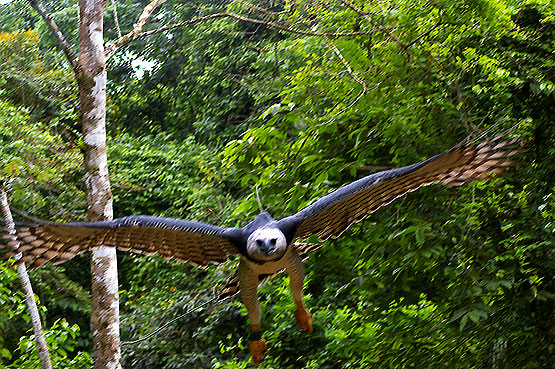 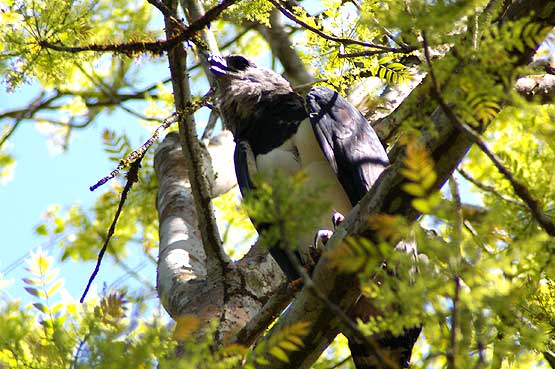 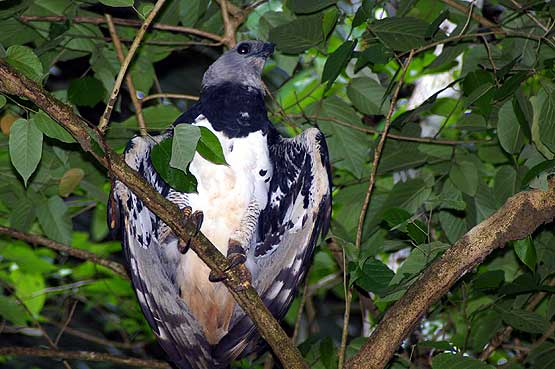 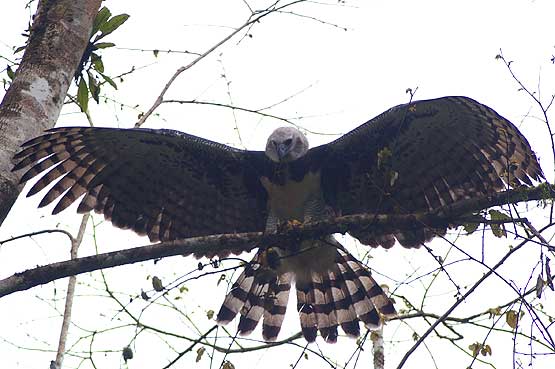 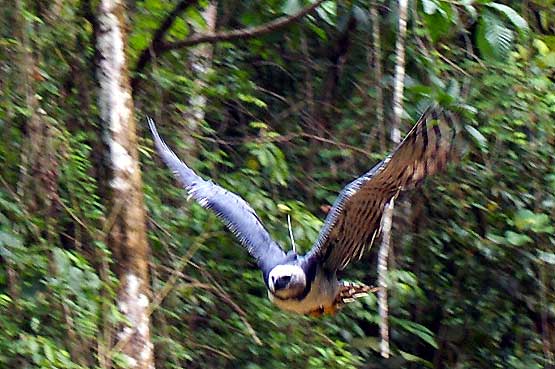 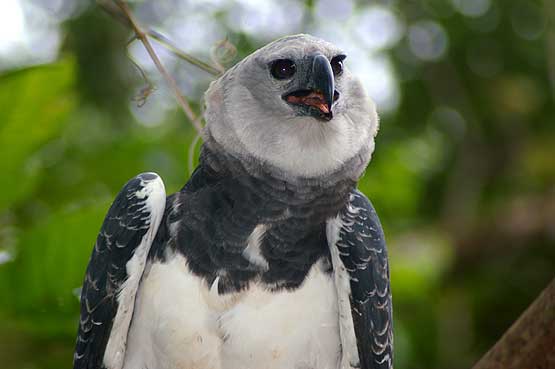 Pictures of the Harpy Eagle in the Soberania National Park, Panama

Harpy Eagle, the largest eagle in the Americas, and its forest habitat. Since 1998, more than 40 Harpy Eagles have been hatched in captivity and released in Panama and Belize. This is the first time that Harpy Eagles have been released as adult pairs. Time will tell if these birds have a strong enough bond to keep them together now that they are free-flying, or whether they will seek out new mates. These pairs produced 24 chicks while in captivity.