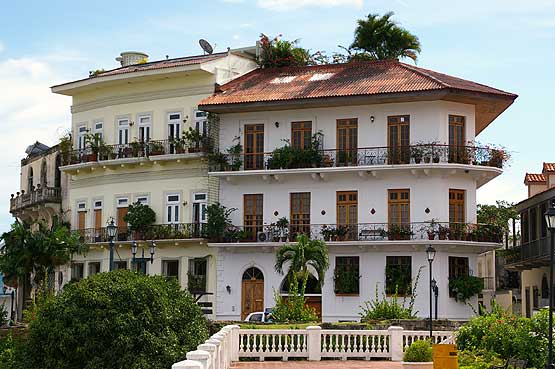 The city moved all of its centers, streets and everything following the attacks on Old Panama. From 1673 to 1910 the walled city suffered a great deal of transformations and the introduction of several european architectural styles from the 19th and early 20th century, of which the most widespread is the neoclassic. We can see a great deal of architectural tendencies: french, italian and spanish. The italian is found in the Municipal Palace, the National Theater, the Palacio de Gobierno y Justicia and the Supreme Court building (which has now been transformed to the National Culture Institute). The Presidency is clearly set in Spanish style.