From Wikipedia: The government of Panama does not collect statistics on the religious affiliation of citizens, but various sources estimate that 75 to 85 percent of the population identifies itself as Roman Catholic and 15 to 25 percent as evangelical Christian. The Bahá’í Faith community of Panama is estimated at 2.00% of the national population, the Bahá’ís maintain one of the world’s eight Baha’i Houses of Worship in Panama.

Here we list a few historic churches and cathedrals from around Panama well worth a visit: 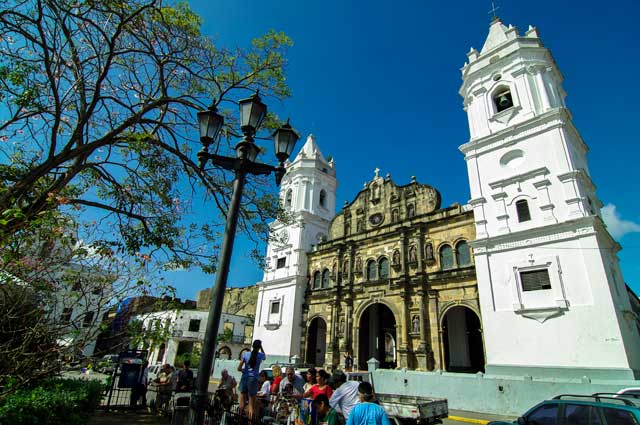 The Sacred Heart Cathedral (Spanish: Catedral Basílica Santa Maria la Antigua de Panamá) It is a Catholic church located in the old town of Panama City in Panama. It was consecrated in 1796, although construction work began in 1688, 108 years earlier. The cathedral is the episcopal see of the Archdiocese of Panama.

The Metropolitan Cathedral of Panama is heir to the Cathedral erected by Pope Adrian VI in the great house of the Cacique Cémaco, when the Spaniards faced and offered found a population dedicated to Santa Maria la Antigua in 1510. In 1513 dictates the bula why Antigua is raised to the rank of dioceses and church to the rank of Cathedral, its first bishop was Fray Juan de Quevedo.

After the fire caused to escape the pirate Henry Morgan in 1671, the city was transferred to the current Old Town of the city of Panama in 1673 and with this move the adjournment of a new cathedral, whose construction takes 108 years (1688-1796). 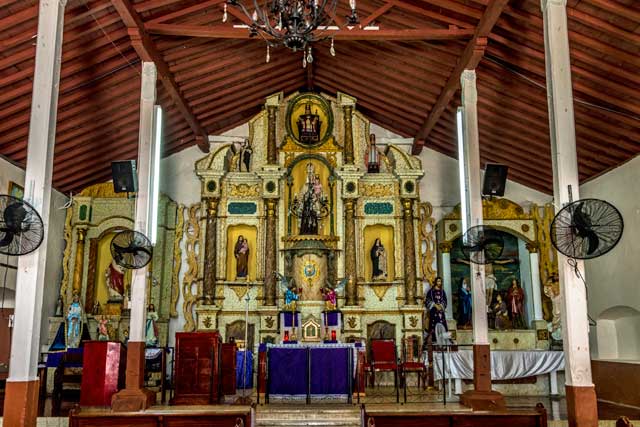 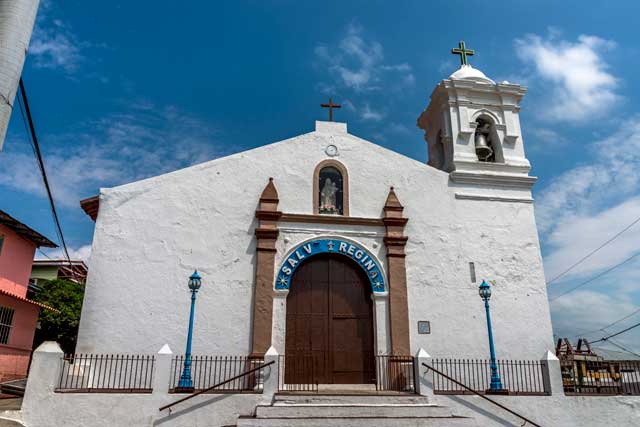 The island TABOGA was discovered in the 16th century and was originally named Isla de San Pedro by the Spanish explorer Vasco Núñez de Balboa. Its current name derives from an Indian word aboga (“many fish”). The island’s first settlers were Indian slaves from Venezuela and Nicaragua. The small town of San Pedro was founded in 1524 by Hernando de Luque, dean of the Panama cathedral. The town church of the same name is claimed to be the second-oldest church in the hemisphere. Rose of Lima (1586–1617), the first Catholic saint of the Americas, may have been born on the island. French painter Paul Gauguin visited the island in 1887. 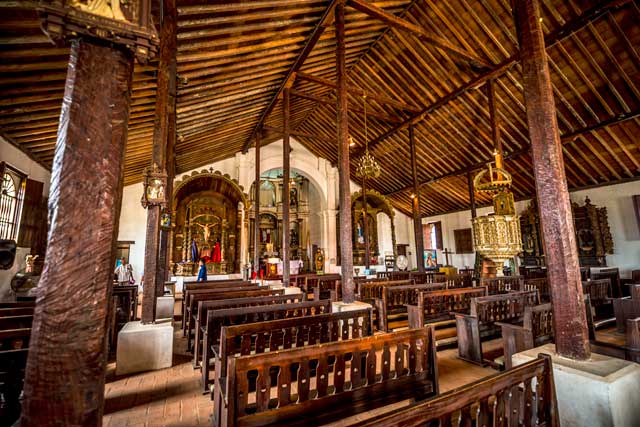 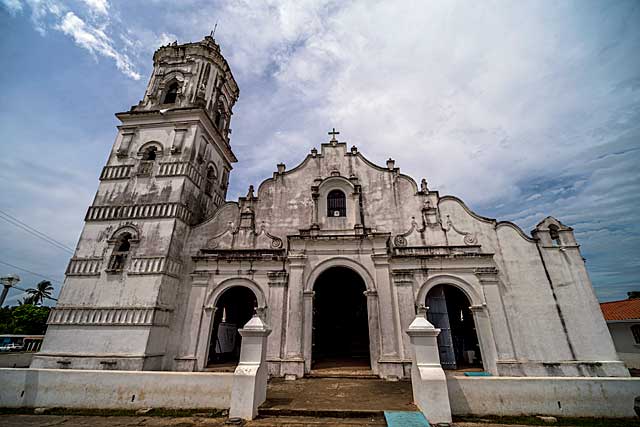 Natá is a town and corregimiento on the Pan-American Highway in Natá District, Coclé Province, Panama. The town is the third oldest surviving town in Panama, having been founded by the Spanish on May 20, 1520, after Nombre de Dios and Panama City. Full name of this historical city is Natá de Los Caballeros, where Nata is commemorating local casique Anata and “Los Caballeros” – 100 Spanish knights quartered in the city.

It is home to a church which claims to be the oldest church still in “Tierra Firma”. The church was thought to be built when Spanish invaders originally came through Central America conquering the Native Indian tribes. The church is believed to be from the 16th century. This is a beautiful little town and church well worth a visit. 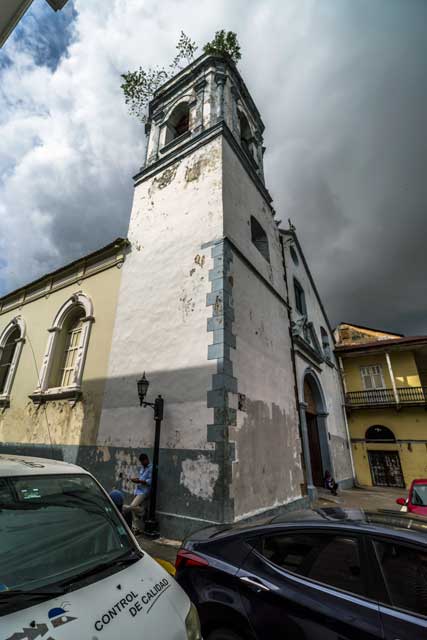 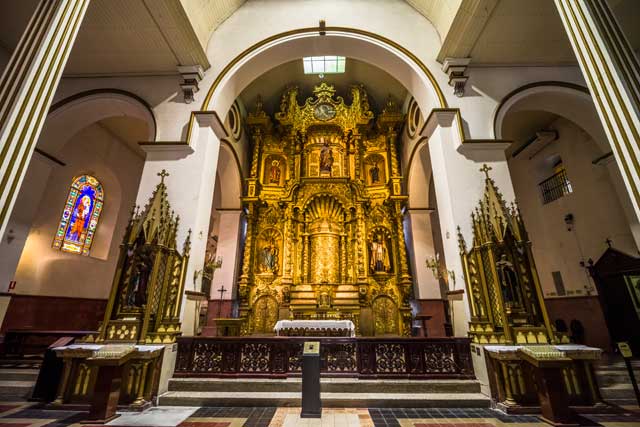 Golden Altar of the Church of San José

The church of San José was built between 1671 and 1677. It is located on Avenida A and 8th Street and is famous for its baroque altar carved in mahogany and covered in gold leaf. This altar is surrounded by a legend that says that it was saved from the pirates by the monks, who covered it with black, although its elaboration dates back to the 18th century. 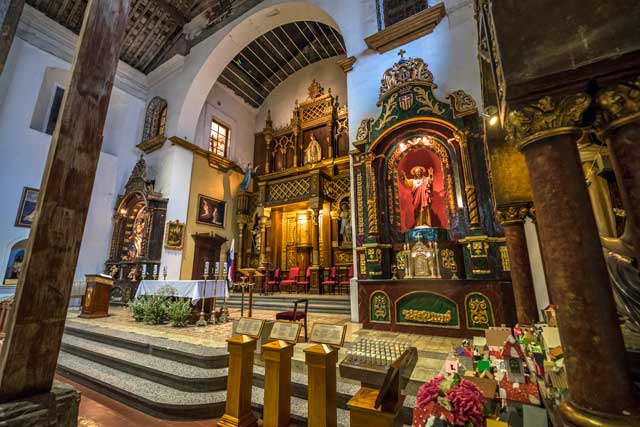 Its construction dates back to 1680 and is the only church in the old town that preserves the original facade of its first construction in Old Panama. It is located on 10th Street East, next to the House of the Municipality, next to the Puerta de Tierra that gave access to the walled city. 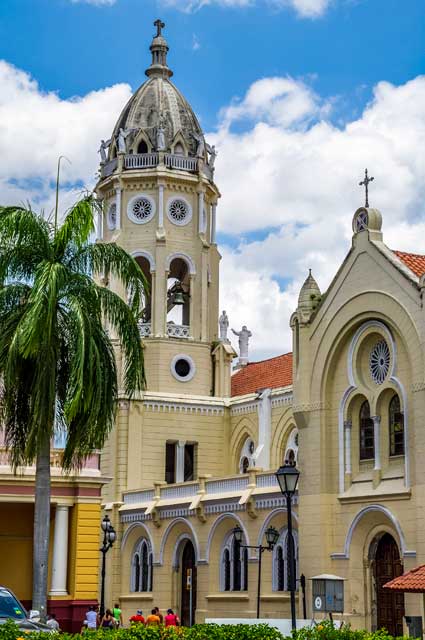 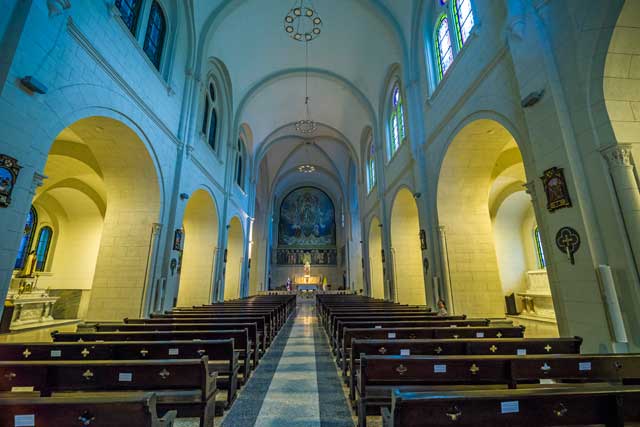 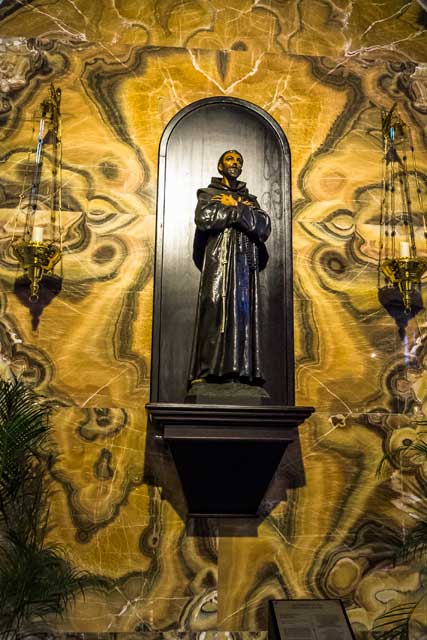 The original church was built in the seventeenth century, however it was almost destroyed during the fires of 1737 and 1756. Its current structure dates from 1918, when it was almost completely renovated. 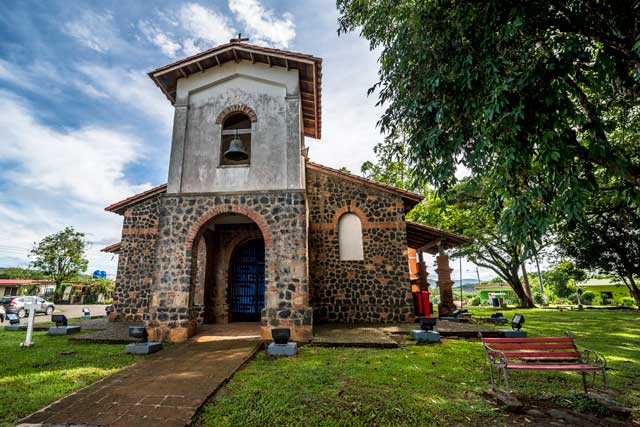 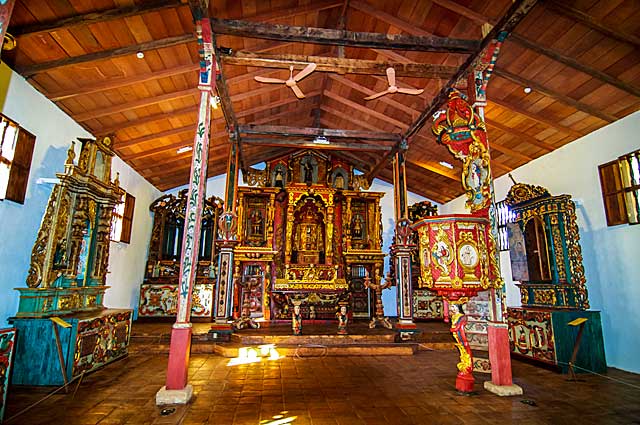 The church has several altarpieces carved by hand that show a great cultural syncretism. Among the most outstanding altarpieces we can mention the altarpiece of the Purísima, which has 192 pieces; the altarpiece of the Passion, that of Saint Anthony and that of the souls of purgatory, with 120 pieces each. The presence of baroque churrigueresque in these is undoubted, but there is a notable indigenous influence in the carved motifs. In 2007 the church underwent an exhaustive restoration and these altarpieces were dismantled piece by piece. One of the most worked was the main altar, which has 480 pieces. 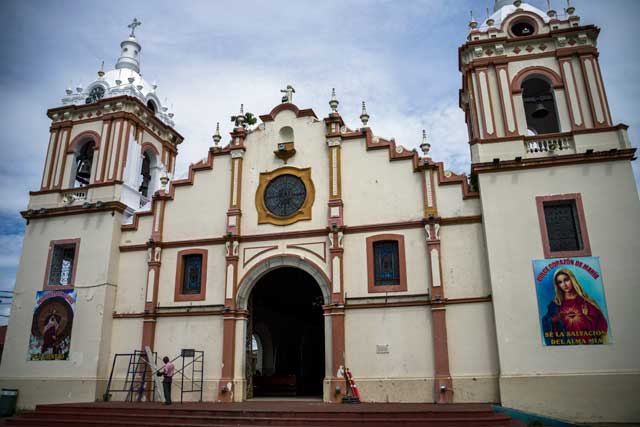 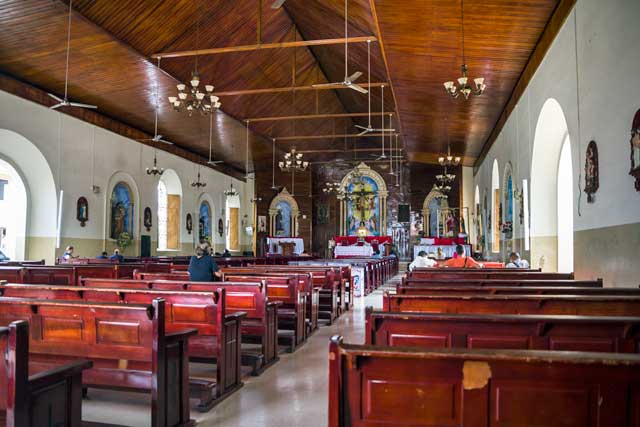 The temple follows the Roman or Latin rite and functions as the mother church of the Diocese of Santiago de Veraguas (Diocese Sancti Iacobi Veraguensis) which was created in 1963 by the bull “Panamensis Ecclesiae” of Pope Paul VI.

The Church of our Lady of Mount Carmen – Panama City 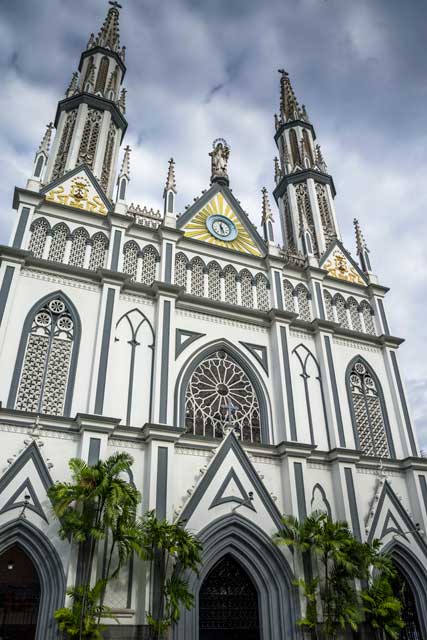 Iglesia del Carmen is located on Via Espana and gives its name also to one of the Metro stations located next to it. The church is built in a gothic architectural style in the 20th century.

The Santa Librada Church dates back to the 18th century and was declared a National Historic Monument in 1954.