Dont miss to visit Las Tablas if you want to see the real Panamanian Carnival, but better be prepared it gets crowded but will for sure be an unforgettable experience! Carnival 2013 in Panama begins Saturday, February 9, 2013, and ends Tuesday, February 12, 2013. 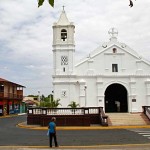 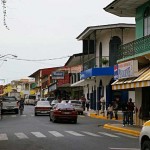 From Wikipedia: Las Tablas is the capital of the Panamanian province of Los Santos. It is located a few kilometers inland from the Gulf of Panama on the Azuero Peninsula. Las Tablas is a recognized national center of Panamanian folk: Art, music, gastronomy, architecture, culture and literature. The only Panamanian president to serve three terms, Belisario Porras, was from Las Tablas.

It is known for a lively yearly Carnival, in which the city splits into two competing factions, “Calle Arriba” (Uptown, literally “Street Above”) and “Calle Abajo” (Downtown / Street Below), both centered on two streets of the same name. Each faction will have a carnival queen, a parade, fireworks, music, a decorated plaza, food stands, presentations, concerts, surveys, games, contests, etc., all attempting to overpower the other faction’s efforts.